type in your search and press enter

Have you ever purchased an item on eBay and gotten a package from Amazon sent home instead? This happens quite often and is a proven business model called retail arbitrage or dropshipping.

I recently started my dropshipping journey, but if you have visited my blog before, you know I have also created a private label product that I sourced from China and sold by using the Amazon FBA warehouse.

The reason I decided to try dropshipping as well is that I do not have to spend thousands of dollars on inventory which fits me better.

Instead, when any of my product listings are selling, I am purchasing the product from a supplier/wholesaler that ships it straight to the customer. This is saving me a great deal of money from not having to invest in manufacturing products or stocking up on inventory.

The only major con with this business model, is that the profit margins are rather low. You have to sell large volumes to make enough profit. It is also a bit risky to not be able to perform the quality control of the product and, instead, having to depend on other sellers to be ethical.

After using dropshipping as eCommerce model for 6 months now, I have experienced the reality of unethical suppliers. I got scammed pretty bad on AliExpress and I highly recommend to NOT dropship from them.

The exception would be if you have a good relationship with the supplier and already know them. You can read more about what happened here:

⇒ Do Not Dropship From AliExpress On Amazon!

I came by a great article by webretailer.com, where they interviewed the British scientist, Ben Hovell, who started retail arbitrage by a coincidence and became very successful with it.

Ben Hovell started arbitrage selling on eBay in 2008. He bought an item on eBay, only to have it arrive in a box from Amazon.co.uk.

Ben then discovered the item was cheaper on Amazon than on eBay, and pieced together what had happened.

It is important to understand that this is not using Fulfillment by Amazon (FBA) to fulfill orders like I am introducing in:

⇒ How To Sell On Amazon For Beginners (2018 Update)

In this case, the seller does not purchase and ship product inventory to the Amazon warehouse for Amazon to handle the processing and shipping. The item is only bought from Amazon (or any other supplier/wholesaler) once a sale has been made on eBay.

Amazon is effectively being used as a drop-shipper. Find out more about dropshipping in my prior article:

Having understood the basics, Ben decided to get into the arbitrage selling business himself:

The next sale did not go as smoothly. The price had gone up on Amazon and he lost money on the sale. Amazon actually makes millions of price changes every day which creates a major challenge for arbitrage sellers.

However, Ben stuck with it and was checking Amazon’s prices every morning and changing his price on eBay accordingly.

The next step was creating a piece of software to check Amazon’s prices three times a day and if they had changed, create an upload for eBay’s File Exchange System to update the prices. With this automation in place, Ben scaled his business and had hundreds of eBay listings running:

“It had gone from a hobby to a little more serious. We are talking about $129 or $260 in profit per week. Not a living but worth having. I realized my constraint on growth was twofold: one, I needed more eBay listings and two, I needed to update prices more frequently”.

Next, Ben commissioned more powerful software to check prices every hour and found a company in India to outsource the work of writing eBay listings. Both constraints were resolved and the business “just ballooned and ballooned.”

Sales were growing rapidly and both eBay and PayPal fees started to go down thanks to volume discounts. By using an Amex credit card with cash-back, the Amazon purchase price was in effect lowered by 1.5%, reducing costs further.

At this point Ben employed someone for 2 to 3 hours per day to place orders on Amazon (up to fifty a day) and was making tens of thousands of pounds in profit a year. Ben was spending millions of pounds on Amazon.

What Did Ben Sell?

Anything and everything on Amazon’s bestseller lists, as long as it was priced between $65 and $650. Ben would list everything on eBay for the price Amazon was selling it for, plus a percentage and a fixed “fee” – a kind of commission for handling the transaction.

But then things changed:

“It got increasingly difficult to buy. Amazon said “hey, this is not for personal use” and stopped me from buying. I don’t know why it happened, there is no dialogue there. There are ways to get around it but I decided it would not last forever and went back to being a scientist”. That was in 2012.

Ben’s style of arbitrage selling was based on high volumes and it can clearly be profitable. With good software and outsourcing, it seems like he found the Internet marketing’s holy grail of “passive income”.


So What Is The Catch?

It is a zero-sum game with a race to the bottom. Not everyone can make money doing the same thing.

However, arbitrage selling will continue to exist as a niche, run by people with the willpower and programming knowledge to do it.

It is like trading on the stock exchange that still has arbitrage with fast frequency transactions and we still have arbitrage in the betting markets. It is exactly the same game and it will always be there. It just happens to be doing it with consumer goods (source: webretailer.com).

“Not Everyone Can Make Money Doing The Same Thing”

Webretailer has a point with his statement, but with the growing eCommerce market, there are still lots of opportunities out there.

Some people say it is best to focus on a small niche, while others like Ben Howell advises you to sell “a bit of everything” and focus on volume. My plan is to do both.

At this moment, I am building an eCommerce business that will focus on good deals and a number of different products. In the pipeline is also to build another eCommerce store that is niched. I will keep you posted on my progress and what seems to be working the best.

Until next time, stay blessed and make sure to create and fulfill your dreams –
not someone else’s!

The Future Is Your Creation
Email: [email protected]
thefutureisyourcreation.com

Stina Pettersson is an aspiring entrepreneur who is working on achieving her goals as an affiliate marketer/blogger and a web & graphic designer.

Stina Pettersson is originally from Sweden but has resided in the U.S. for the past 6 years. She started her American journey in Miami, Florida, and recently moved to Austin, Texas.

Stina was active as a professional dancer for 21 years, but after ACL surgery in both knees, she was forced to slow down and now enjoys dancing as a hobby.

She recently went back to her roots with her beloved horses and also loves long nature walks with her two adorable dogs, Max and Abigail.

Stina has the gift of receiving communication from the spirit and extraterrestrial world which she also loves sharing with her readers.

“My main goal is to maintain a flexible lifestyle, where I set my own schedule. Even that I work hard, I love what I do every day, and I also have the opportunity to help other people which is a huge gift.”

What Is Amazon Prime Day? What Offers Do We Have for Prime Day 2017?

I have always believed in transparency so I am disclosing that I am making a commission on the advertising on this site, and from certain products and programs, I have linked to. 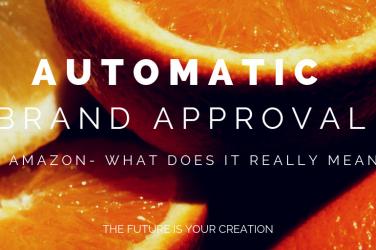 What Does Automatic Brand Approval Based On Performance History On Amazon Really Mean?

I feel I need to clear out some question marks about the Amazon brand ... 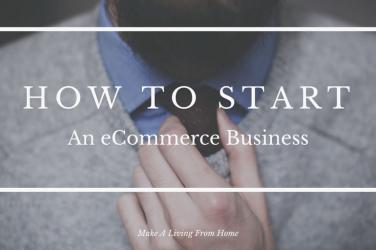 There is no surprise where the market trends are heading with the constant growth ...

Learn From My Research & Experience On How To Sell On Amazon What Product ...

Do You Need Your Own eCommerce Store To Build A Successful eCommerce Business?

Many of you who are thinking of starting your own eCommerce business are asking ...

Many Opportunities but Most are Scams – My Scam List!

The list is finally composed with comprehensive research behind it – check out the ...

The last couple of weeks I have experienced a reality check with dropshipping as ...